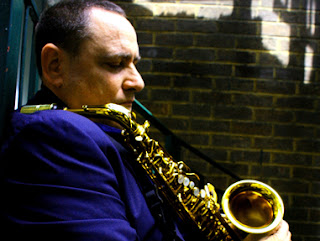 Anyone reading this blog is well aware of the aggressive smear campaign that Tony Greenstein, Mark Elf, Lenni Brenner and a few others have brought against Gilad Atzmon, including the accessory harassment of any of those who are affiliated with him in any way. One of the "new entries" in the kill list is FTP, who, like all of the others who had been pressured, did not cave in to the demands to pull Atzmon from the site. He conducted a great interview with Gilad, where they discuss the issues of Zionism, gatekeeping, activism in the UK, philosophy, Jewish identity politics, anti-Semitism and more.

You can listen to it by following these links.

What jumps out to even the most casual observer is this: while Greenstein (certain that his demand would be satisfied) finds that not only was the incriminated article STILL there (which is on hundreds of other sites as well, so if he is consistent, he will have to start his pressure campaign once again, this time maybe using a nicer tone and not involving people who insult those they are supposed to convince), but Indymedia UK has put up more Atzmon material, including these audio documents.

At any rate, in other venues, the harassment, which is more like cyber stalking is in high gear, especially on some private lists. Since I don't like to use weapons without giving an advance warning, I'd like to inform Tony and those who he is using to help him reach his agenda of shutting Gilad Atzmon up, trashing my blog (which is listed as the second most popular Palestinian blog Today's Top Palestine Blogs http://palestine.dailyvoices.com/community in today's ranking), and bringing Indymedia UK to its knees, that a large group of anti-war, pro-Palestinian and anti-imperialist activists and people of the Palestinian community are getting tired of his harassment, and will issue a statement with their view should his abuse continue. I think Tony should spare himself the embarassment. If he has no problem in continuing to smear the good names and reputations of people, PeacePalestine will have no problem in publishing the appeal. Hope it doesn't have to go there, because the fighting wastes the time of people who have better things to do.
here's another audio interview! http://ourmedia.org/node/372292