Gilad Atzmon - A Plot against Britain?

Something Sleazy This Way Comes 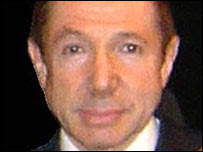 Once again the London Jewish Chronicle happened to be well ahead of any other British media outlets. In the main article of its Friday edition, David Abrahams, the leading protagonist in the current Labour donation fiasco, tried to explain why he donated money to the Labour party by proxy.

Abrahams, who insists upon presenting himself as a charitable being, claimed that he “had made (his) donations secretly so as to avoid accusations of being part of a ‘Jewish conspiracy’.”

Yet, one may wonder why this renowned philanthropic millionaire was so concerned with issues having to do with ‘Jewish conspiracy’. I may try to offer a simple explanation. The Labour Party is not exactly a charity and Abrahams was at the time of the donation to them, a prominent activist in two major Zionist lobbies (‘Labour Friends of Israel’ and ‘Jewish Labour’).

Furthermore, four years ago, when Abrahams was donating money in secrecy via other people’s accounts, the British Labour Party was led by a warmonger who, together with his American ally, raged an illegal war against Iraq based on forged documents and false WMD accusations. It is not a secret anymore that the only country that benefited from this tragic bloodshed was Israel. Thus, it shouldn’t take us by surprise that Abrahams, at the time a Zionist campaigner, preferred to operate behind a wall of secrecy. Abrahams donated money to a party that took Britain to a war against the will of the British people.

However, Abrahams wasn’t the only philanthropist. Lord Levy, a close friend of Israel as well as an ‘honorary cash machine’ was at the time ‘No 1 Labour fund raiser’. As if this wasn’t enough to make things very complicated, Lord Goldsmith, then the Attorney General, surrendered to Blair’s pressure and gave the legal green light to war. I do not know whether Lord Goldsmith has ever been affiliated with ‘Labour Friends of Israel’ or ‘Jewish Labour’, yet, Abrahams who was affiliated with both, had good reason to be concerned. He knew that Blair’s war was designed to defeat the last pocket of Arab resistance. He knew that the illegal war was serving Israeli interests. Hence, financing its architects had better be kept hidden.

Abrahams, bless him, can’t keep his mouth shut. In the JC he continues, “The real reason I wanted to remain anonymous was that I didn’t want Jewish money and the Labour Party being put together because this is what I feared would happen. People would say there’s a Jewish conspiracy. I didn’t come into Labour just to give them money. I give money to many good causes, to Jewish charities, not just to Labour.”

Clearly the comparison between the Labour Party and ‘Jewish charities’ is interesting enough. However, one may wonder what Abrahams means when he refers to ‘Jewish money’. Is there such a thing? Is it a new currency we should get familiar with? What is the current exchange rate of this new ‘Jewish money’? While writing these lines I have noticed that in my left pocket I have a twenty pound note. Bearing in my mind my Jewish origin, I wonder whether I should regard the pounds in my pocket as ‘Jewish money’? Not really. I assume that that which makes money into Jewish is not the racial or ethnic orientation of its holder but rather the interests that are promoted with the given money.

Should Abrahams donate money to an orphanage in Baghdad or another war zone, he wouldn’t have to hide his identity and to use proxies. If he would donate his money to a universal cause, the money might cease being ‘Jewish’. Yet he donated money to a party that was carrying out an illegal war, a war that already left more than a million Iraqi civilian fatal casualties.

The political instincts of Abrahams were correct. He was sensitive enough to know how bad his donation may reflect on him and his people. However, it is now all in the open. And I may have to correct you, Abrahams, it doesn’t look like a Jewish conspiracy. If to use Philip Roth’s fictional expression, this was a ‘plot against the British people’.