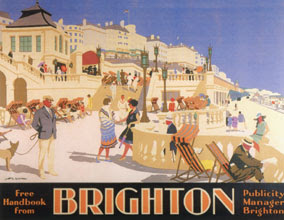 by Francis Clark-Lowes
Gilad Atzmon's talk to 'Invitation to Learn' in Brighton last night (7th January) was a great success. He spoke on 'The Primacy of the Ear - The Road from Music to Ethics (An Alternative Take on the Israeli Palestinian Conflict)' to an audience of around sixty, just over half of them face to face and the remainder watching on a video link downstairs. The meeting had been moved to my private residence - a small terraced house - following intimidation by Tony Greenstein of the Brighthelm Church and Community Centre, where the event was originally booked. As Gilad mentioned, the confined space into which we had been squeezed reminded one of the siege of Gaza, the common factor being the oppressive use of Jewish power. Gilad illustrated his talk with extracts of jazz and Arabic music. He told us that his encounter with the latter had taught him the 'primacy of the ear'. In order to 'get' Arabic music he had had to learn to listen properly. By extension, what the West, and particularly Israelis, needed to learn was how to listen to the other.

The local newspaper in Brighton, The Argus, asked me to write a Comment piece of 800 words on the whole episode of my invitation to Gilad and the opposition to it (see below). When I submitted it, the editor said that he had changed his mind and no longer wanted to publish our article on this subject. One can imagine what pressure had been brought to bear to bring about this volte face.

The whole proceedings, which lasted over two and a half hours, began with a twenty minute introduction by myself, and ended with an hour long question and answer session, was recorded and will be turned into a DVD.

The Article (that the Argus decided to not publish, after their beefy campaign to smear!)

My Fears for Free Speech and the Palestinians

In their book, The Israel Lobby and U.S. Foreign Policy (2007), John Mearsheimer and Stephen Walt, two well-respected American academics, illustrate the kind of intimidation used against those in high places who do not conform to an Israeli view of the world. I know what it feels like, because I have just experienced something similar – except that in this case my leading opponent, my old friend Tony Greenstein, is an anti-Zionist Jew, someone who rejects the very idea of Israel.

When I announced yesterday’s Invitation to Learn meeting, at which the well-known jazz musician and ex-Israeli, Gilad Atzmon, spoke on ‘The Primacy of the Ear: The Road from Music to Ethics’, all hell broke loose. In particular, Jean Calder, almost certainly prompted by Greenstein, wrote a comment column in The Argus of 29th/30th December in which Atzmon was presented as a racist of the worst order. He is nothing of the sort. Moreover she suggested that the Brighthelm Centre should not host such an event. Shortly thereafter Greenstein was found sticking up posters at the Centre advertising a picket of the event.

There was no time to counter Greenstein’s and Calder’s arguments to the satisfaction of the manager of the venue. The lurid depiction of Atzmon tapped into well-worn narratives about anti-Jewish prejudice, and under these intimidating circumstances I felt it my duty to save the Brighthelm Centre further embarrassment by cancelling the booking and transferring the venue to my house.

Ironically last night we found ourselves besieged and overcrowded in much the same way as the Palestinians in Gaza as we witnessed Atzmon’s moving account of his political journey through the medium of his encounter with Arabic music. His message was crystal clear: that we need to listen to the other.

The Palestinians are suffering as a result of a settlement programme which started in the late nineteenth century and continues apace today. If they had been granted equal status with the newcomers peace might have been possible. But it was clear from the beginning that Zionism aimed at removing the native population.

The received wisdom is that Zionism is a Jewish national movement growing out of the persecution of Jews. But since Zionism arose at a time of Jewish emancipation is it not at least as credible, as the Jewish-Israeli writer Akiva Orr has suggested, that Zionism was an attempt to rescue Jewish identity at a time of declining religious practise, and consequently of assimilation and intermarriage?

If this is right, then mainstream secular Jewish identity has become Zionism. Any criticism of Zionism is, therefore at risk of being labelled ‘anti-Semitism’. This is what Atzmon thinks has happened. Of course we both recognise that others take a different view. All we ask is that the subject be on the agenda, rather than dismissing it as racism.

For if we are correct in what we think, it would radically change our view of how to help the Palestinians. It would then be frankly recognised that a collective of non-Israeli Jews (read all the usual caveats) act to preserve Israel not only from undue criticism, but more importantly, from any effective international sanctions. It is rare indeed for its main backer, the US, to put serious pressure on the Jewish state. As Mearsheimer and Walt point out, the pressure is often the other way around.

Invitation to Learn, the organisation I set up a couple of years ago, exists to encourage unrestricted thought and discussion and to express solidarity with oppressed peoples. We should not be prevented from thinking about issues because some people would prefer we didn’t. ‘Well, would you invite members of the BNP then?’ I have been asked. Concern for the oppressed is not, I believe, a major plank of the BNP, and so the answer is no.

Nevertheless, I believe that arguments which are accepted by a sizeable section of British society should be honestly engaged with rather than simply dismissed out of hand. It is all too easy to distort the arguments of those with whom we disagree for propaganda purposes. This is what Greenstein does with Atzmon.

Your correspondent James Stephenson (7th Jan) rightly points out the absurdity of regarding Jews and Arabs as separate races – many Jews are indeed Arabs. But for the conflict to be resolved there needs to be a proper understanding of how the Palestinians have been, and continue to be, oppressed. And that means looking at the power exerted by Jews internationally – for the sake not only of non-Jews, but also of Jews. Some will call this the old conspiracy theory, but if we are over careful to avoid old stereotypes we may enable the behaviour portrayed by them.