Iqbal Tamimi - "Who prevented the Bishop from going anywhere in the UK?" 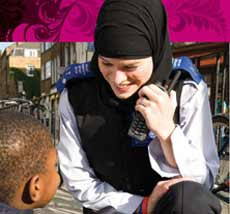 An article in The Independent on Sunday caused journalist Iqbal Tamimi to write this reflection about religious tolerance and interpretation of "Muslim difference" in a multi-cultural and multi-faith society.

The Independent on Sunday published today an alarming article. The shocking article reads: Islamic extremism creates 'no-go' areas, warns the Bishop of Rochester, the Rt Rev Dr Michael Nazir-Ali. While the bishop complains about no-go areas, is he aware that people like me come under frequent attack from anti-Muslims and maybe no-go areas are inevitable if society at large and the police in particular are not dealing with race-hate crime.

The Bishop had nothing to blame for separating of communities, but to blame Muslims. He failed to see that people live in areas where there are shops that cater for their traditional needs, or because they live on limited budgets forcing them to live in low rent areas. Or forced to live somewhere where there are more services like schooling or easy access to transportation. And some still forced to live next door to their relatives to help them mind the children while the parents are at work. The only thing that came to his mind is fundamentalism. And fundamentalism I’m sure is wearing a Hijab or having a beard, which must be a sign of fundamentalism, since other costumes and hair styles are considered fashion, so it’s OK to look different as long as you do not practice any faith.

He claims that living in communities is the reason behind failing to integrate into mainstream society. I failed to understand his comment. If people want to integrate, they will regardless of where they live; because life does not stop on the doorstep of the place you spend most of your time sleeping. Most people he was referring to work in different jobs, and have greater opportunities to integrate than where they sleep.

Dr Nazir-Ali condemned what he referred to by the "multi-faith mish-mash". I found such comment offensive. Faith is a choice, and the best thing about UK is its respect of such choice.

He criticised the use of loudspeakers to spread the call for Muslim prayer inside Mosques. He wrote that such use is "... resurgence of the ideology of Islamic extremism". I would like to explain that I am a Palestinian Muslim, I am still holding to my memories of the beautiful City of Bethlehem where we enjoyed the sound of the church’s bells calling for prayers. It was and still is the most beautiful thing to hear. Calling people to join you for prayers is not an alarm signal; it is a call for love and adhesion. We never ever felt that this sound will separate us, on the contrary, it was an inviting loving sound which reminded us all of different faiths of what kept us together.

I regret to say that the article mentioned above does more harm than good to the efforts of integration. If you want a healthy loving society, do not throw accusations unless you have clear evidence.
Peacepalestine note: the link to the original article does not redirect there, nor is is on the site itself, but this was the link: http://news.independent.co.uk/uk/this_britain/article3312845.ece