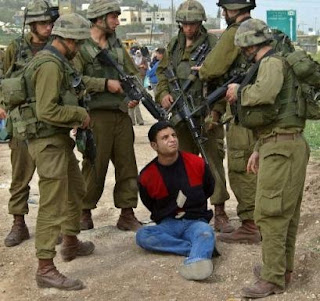 The current Israeli government seems to be living on a staple diet consisting of murder, lying and theft. I am saying this because hardly a day passes without this wicked, racist regime indulging in these vices.

Two days ago, Israeli soldiers manning the Beit Hanun border-crossing, otherwise known as the Erez Checkpoint, at the northern edge of the Gaza Strip, opened fire on exhausted Palestinian pilgrims returning from Mecca.

One woman was instantly killed, and five other pilgrims were injured, one seriously.

Following the incident, the Israeli army issued four concocted narratives of what happened. At first, the army spokesman said “The IDF has no knowledge of the incident, but we are investigating.”

Then two hours later, another spokesperson said “it was very likely that the woman was shot and killed by Palestinian, not Israeli, fire.”

The third narrative didn’t wait long as the Israeli army Radio, Galletsahal quoted a military spokesman as saying that “the Gazans were shot during an exchange of fire between our forces and Palestinian militants.”

Then, finally, toward the evening, the dosage of lies was culminated with a new narrative, claiming that the soldiers felt threatened and had to open fire at the Palestinian crowd.

In truth, there was no Palestinian shooting whatsoever, and no exchange of fire between Israeli and Palestinian troops took place in that area at that time, and indeed, the soldiers who opened fire did not really feel threatened.

Many people in the West don’t really understand what makes soldiers open fire on innocent and helpless civilians passing through a border-crossing. After all, such a cold-blooded murder defies all logic and flies in the face of basic human nature. This is why many westerners, long-time consumers of Zionist propaganda, would more or less accept Israeli accounts of such murderous “incidents” because they can’t imagine that, of all people, Israeli Jews, the former victims of Nazism, could stoop to the level of thugs and common criminals.

I have been searching in vain for a logical explanation for such manifestly nefarious behavior, but to no avail.

Eventually, I reached the inescapable conclusion that many or probably most Israeli soldiers operating in the occupied territories are actually indoctrinated in deep psychological hatred of Palestinians, occasionally reaching the point of believing that the Palestinians, not the Nazis, carried out the holocaust. This means that every Palestinian man, woman and child becomes at least a vicarious Nazi that must be killed, maimed, tormented or humiliated.

It is a kind of a reversed anti-Semitism syndrome whereby Jewish soldiers seek, at least subconsciously, to emulate their former tormentors, employing a similarly morbid mindset that combines deep hatred with racist contempt for the “other,” the Palestinian.

Many Israeli soldiers actually view Palestinians very much like the Nazi Gestapo and SS viewed Jews, as sub-humans, scum, vermin and dirty animals that ought to be exterminated. Yes, there are differences but these have mainly to do with style, not with substance.

Of course, western audiences are unlikely to hear Israeli soldiers and politicians saying openly that Palestinians are scum and vermin and dirty animals that ought to be exterminated.

That would be a public relations disaster and Israeli soldiers and officers uttering such words would probably be rebuked or punished for besmirching Israel’s and the Jews’ image.

Non the less, every honest observer of Israeli treatment of Palestinians knows deep in his or her heart that the intensive racist indoctrination Israeli Jews in general are exposed to from cradle to grave eventually leads to a profound dehumanization of Palestinians in Israelis’ perceptions, a collective psychosis that makes Israeli soldiers murder Palestinians with stunning ease and feel no guilt for the murder.

As I said, such demonic crimes against a helpless and nearly-decimated people are routine. Last week, Israeli soldiers patrolling a Ramallah suburb opened fire on a group of Palestinians who were on mid-afternoon picnic.

A bullet hit one of the picnickers in his stomach causing him a massive internal bleeding. He died five hours later in the Ramallah Government hospital, leaving a young wife and two small daughters, aged two and eight respectively.

In a terse statement, the Israeli army blamed the Palestinians, saying that “they were acting suspiciously” and “holding in their hands suspicious subjects,” an apparent reference to cans of soft drinks.

You see, under this nefarious military occupation, even holding a can of Pepsi Cola could cost you your life if you are a Palestinian and on a picnic and Israeli soldiers happen to be in your vicinity.

I don’t know if Israeli and pro-Israeli hasbara agents in North America pay any attention to such vile crimes when they seek to incite the largely misinformed North American Christians against Palestinians …who, we are told, teach their children to hate Jewsl!!

Well, are bereaved kids supposed to love their fathers’ killers? Are these two daughters who will live fatherless for the rest of their lives supposed to give their killers the benefit of the doubt? Are they supposed to take at face value the mendacious Israeli army account that the their father, uncle and their friends were acting suspiciously and that they brought this upon themselves?

It may be futile to even evoke such questions since entire generations of Israelis have grown up believing that the best Palestinian is one that is dead and that Israelis should kill Palestinians first and ask questions later. Aren’t these the unholy commandments of Zionism’s Gospel of Satan.

Israeli apologists and propagandists, especially in Europe and North America, seek always to spread the myth that Israel is democratic western country where the rule of law is supreme.

However, in truth, this is an obscene lie amounting to a kind of fornication with language. It is a cardinal mendacity because truly democratic and civilized states don’t murder innocent people in cold blood and then claim that they were killed because they were behaving suspiciously. And Israel has not done it just once, or twice or a hundred times. Israel has been doing it from the very inception of its misbegotten birth.

The Palestinian victims of Israel’s murderous racism are dying unwept by a hypocritical and morally-depraved world that is overwhelmed by spin and political expediency.

Had the Ramallah man and the Gaza woman, whose children and grandchildren were awaiting her return just a few hundred meters away, been British or American citizens, an outcry would have been made and a serious investigation would have been ordered.

However, it is obvious that these unprotected Palestinians are being viewed as children of a lesser God, whose lives count less and whose blood is too cheap…very much like the Jews of Europe were viewed by the Third Reich more than sixty years ago.

Yes, Israel may not be a Jewish Third Reich. However, the moral distance between 1938-Germany and 2007-Israel is definitely shorter, much shorter, than many people think.