Gilad Atzmon - Send Them To Gaza: Gimmicks and Education 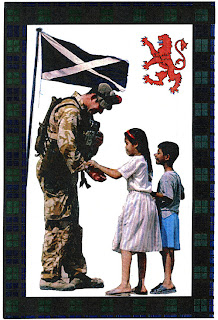 The Tory leader David Cameron seems to be struggling these days. After calling government funding for school visits to the former Nazi concentration camp at Auschwitz a ‘gimmick’, he’s facing demands for an apology.

In a speech on Friday, Cameron accused Prime Minister Gordon Brown's government of being "obsessed with short-term gimmicks", including a recommendation for schools to make "trips to Poland".

The British government announced this month it would give 4.65 million pounds to the Holocaust Educational Trust set up in 1988 to educate young people about the Holocaust. It wouldn't take a genius to guess that the Jewish political institutions in Britain were very quick to tear Cameron apart for his comment.

Henry Grunwald, the president of the Board of Deputies of British Jews said: "The Board of Deputies does not get involved in party politics, but we are surprised and disappointed that David Cameron should in any way have used the word ‘gimmick’ in connection with visits to Auschwitz."

Karen Pollock, the Chief Executive of the Holocaust Educational Trust, said, "We do not want to be involved in party politics. But you should not use visits to Auschwitz to score political points."

Seemingly, both Pollock and Grunwald do not like to get involved in 'party politics'. For that purpose they have some very dedicated agents such as Lord Levy, David Abrahams, the Tory Friends of Israel and the Labour Friends of Israel.

The Conservative party was very quick to understand the message. It immediately surrendered to the 'non-political' pressure. Within hours, the Tory spokesman said: "School trips to Auschwitz are a brilliant idea."

Trying to quell the storm, the Conservative spokesman said, "Cameron was not criticising the visits, but rather the fact that the government funding did not cover their entire cost."

Very much like Grunwald and Pollock, I would refrain from interfering with British politics, yet I may suggest that Cameron was absolutely correct. The trips to Auschwitz are indeed a gimmick. As far as I can see, the educational value of these trips is counter-effective.
Unlike Karen Pollock from the Holocaust Educational Trust, who said, "Students use their experience to raise awareness of the lessons of the Holocaust in their schools and local communities, challenging prejudice and racism today," I am convinced that trips to Auschwitz are there to divert the attention from crimes that are committed on a daily basis in before our very eyes and in our names. The trips to Auschwitz are there to silence ethical awareness. They are there to shutter the possibility of self-reflection.

Instead of sending British youngsters to Auschwitz, I would suggest spending governmental funds on student trips to Gaza concentration camp. This would have a far greater educational value in so as far as challenging 'racism and prejudice'. Clearly it is in Gaza where millions of Palestinians are starved by the Jewish state while the West keeps silent.

Britain bears some direct responsibility for the Palestinian tragedy. Firstly, the Palestinian disaster was set by the British Empire. It may have started with the Balfour Declaration, but it matured into devastating ethnic cleansing in 1948, three years after the liberation of Auschwitz. Secondly, whichever way we decide to look at the Israeli-Palestinian conflict, the Palestinians are the last victims of Hitler and the genocide in Gaza is a Shoah in the making.

If Karen Pollock still wants to increase our kids' ethical awareness, yet she might not be convinced that Gaza is the place to do so, she may also want to consider sending our youth to Basra or Baghdad. At the end of the day, the genocide of the Iraqi people, in which one and a half million Iraqis have died so far, is a war crime committed also by the current British Government.

But on second thought, there is no point in sending young British students to Baghdad; they can go there as soon they finish school. They can then participate and contribute to this very contemporary Holocaust that is being committed by Britain and America in the name of democracy and neo-conservative ideology, all they have to do is just join the British armed forces.